“ In September, 1898, I received a letter from Australia in which the writer says: "In the year 1872 I was on board the ship ‘Thomas Wood,’ Capt. Gibson from China to London. Owing to making a long passage, we ran short of provisions, and so short after rounding the Cape that the Captain spoke of putting into St. Helena for a supply. It was then my hobby to get the first glimpse of land, make a survey, just as the sun would be rising. The island was clearly in view, well on the starboard bow. I reported this to Capt. Gibson. He disbelieved me, saying it was impossible as we were 75 miles distant. He, however, offered me paper and pencil to sketch the land I saw. This I did. He then said, ‘you are right,’ and shaped his course accordingly. I had never seen the Island before and could not have described the shape of it had I not seen it." St. Helena is a high volcanic island, and if my informant had seen the top only, there would have to be an allowance made for the height of the land, but as he sketched the island he must have seen the whole of it, which should have been 3,650 feet below the line of sight, if the world be a globe. ”

From Miramar Beach in California the Anacapa Islands have been seen from sea level:

It has been determined that the claimed viewing location is correct. Distance according to Google Maps: 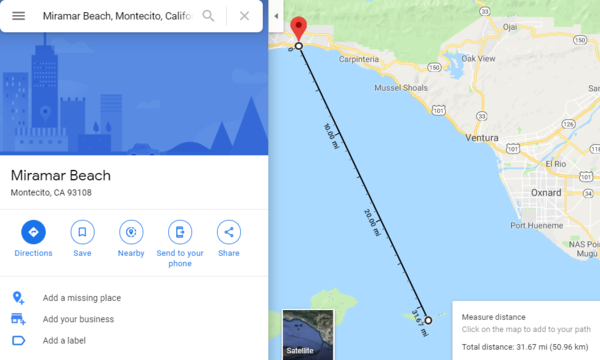 The following map from forum member Stash shows a red line from Miramar Beach to Anacapa Island, showing that the observer is looking between several oil platforms to the island: 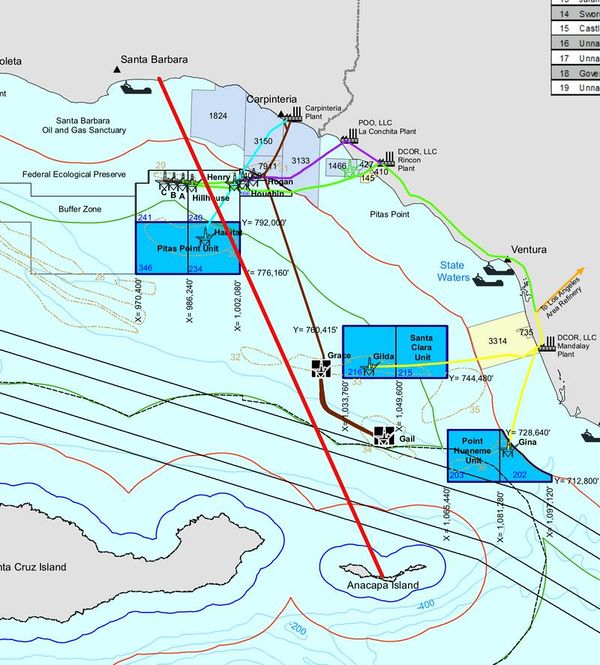 The unzoomed view shows the island between the platforms:

Platform Grace is further away and appears when the observer begins to zoom at 2:08: 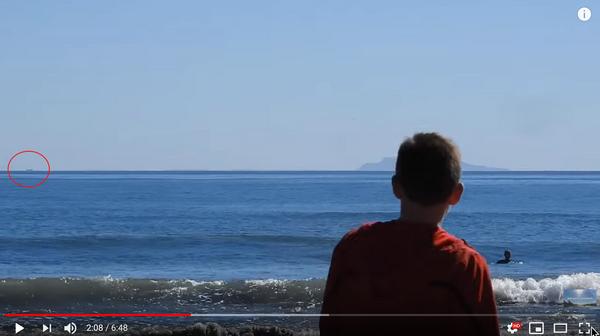