In the chapter On the Dimensions of Ocean Waves, Rowbotham explains that the above is affected by wind and water conditions. The reproduction works best in fine weather: 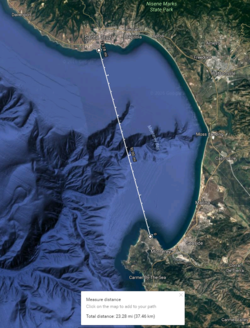 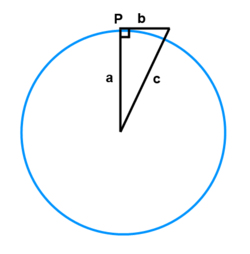 Suppose that the earth is a sphere with a radius of 3,963 miles. If you are at a point P on the earth's surface and move tangent to the surface a distance of 1 mile then you can form a right angled triangle as in the diagram (right).