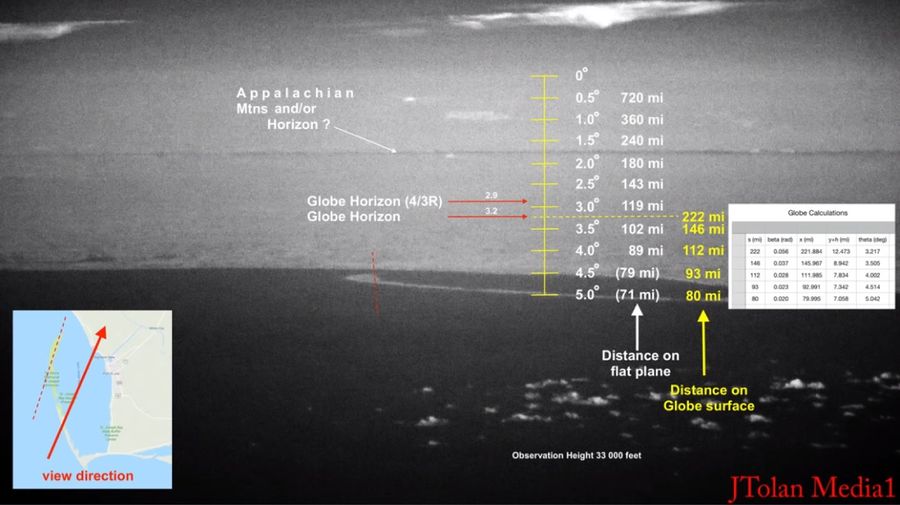 As verification for the author's procedure and methods, see the following: 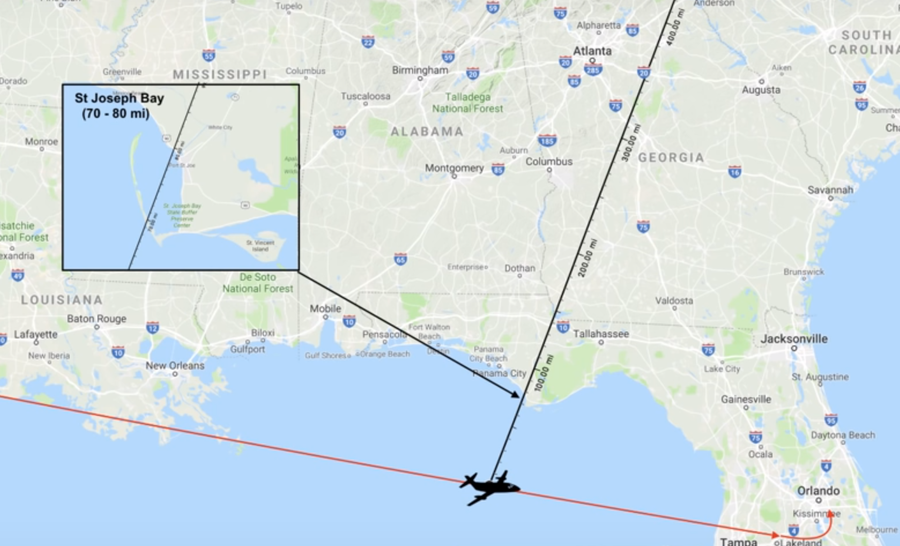 The horizon dip below the theoretical planar eye level for a geometric Round Earth and a Round Earth with 'Standard Refraction' may be verified with MetaBunk's Earth Curve Calculator. For a height value of 33,000 feet and a distance value of 300 miles away (distance value does not matter for horizon dip), the result is the following:

Another video Florida in Infrared shows a similar scale, with a similar horizon dip. On a plane over the Gulf of Mexico the author claims to have used an infrared filter to look over the state of Florida to the Atlantic Ocean beyond it; a much further distance than a geometric Round Earth horizon dip should allow.