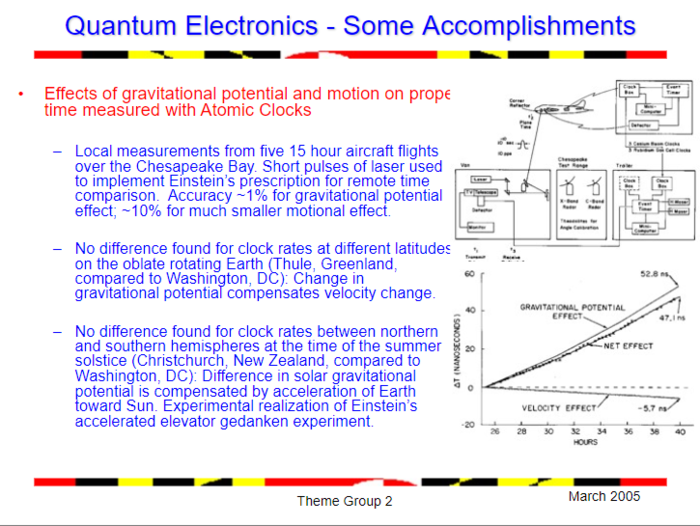 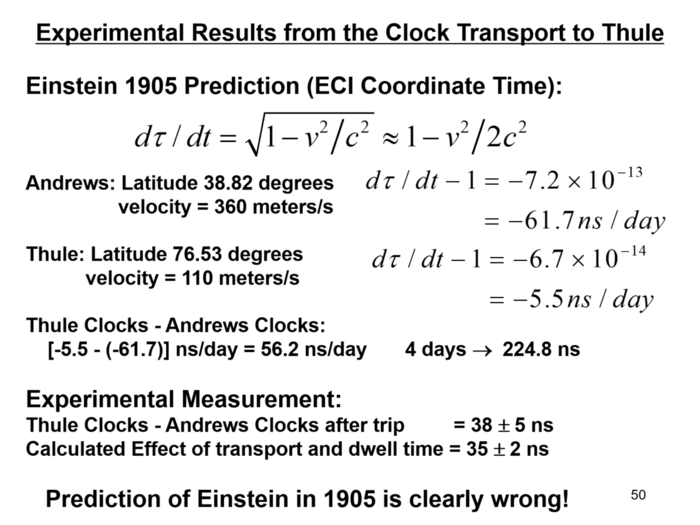 The above authors use Einstein's Equivalence Principle to explain why clocks at sea level all tick at the same rate across the surface of the Earth and champion it as a success of Einstein, despite Albert Einstein making the opposite prediction on the matter. Possessing more knowledge about Einstein's theories than Einstein himself, the writers salvage the matter by telling us that the expected time dilation is erased by the Equivalence Principle. The Equivalence Principle is a principle of nature which says that effects on Earth are indistinguishable from an Earth (or compartment) which is accelerating upwards. 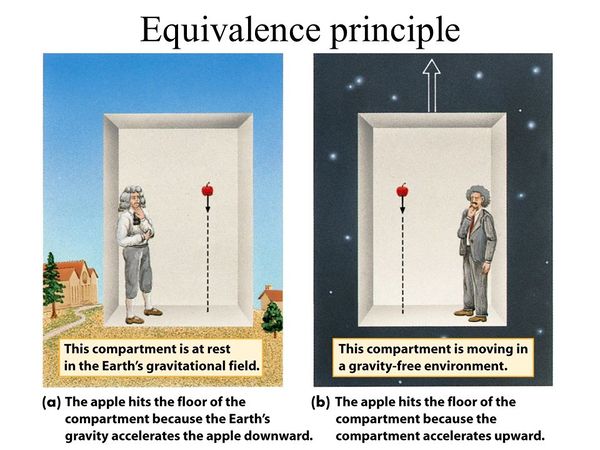 This approach of using an upwardly accelerating Earth as an explanation for why clocks at sea level all tick at the same rate is one which we can only express agreement with. Curiously, this principle not only applies to gravity, but to the rotational motion of the Earth as well. It has been argued that the Equivalence Principle is only a local effect, yet we find university explanations which utilize it as a worldwide effect to explain why time dilation does not occur at different latitudes due to the different latitudinal speeds of the Earth. Dr. Motl even goes as far as to say that it is only possible to cancel out the effect by using the Equivalence Principle and that any other argument is assuredly incorrect[1].