On analysis of the gravimeter we find that the device is not directly measuring gravitational acceleration at all. It is measuring noise and using many software algorithms to cancel out the noise. Every part of the device's components—the lasers which measure the motion, the mirrors, the springs which launch the mass up and down the small tube, and all component parts—are all connected in some manner to the earth, and are subject to noise and vibrations. 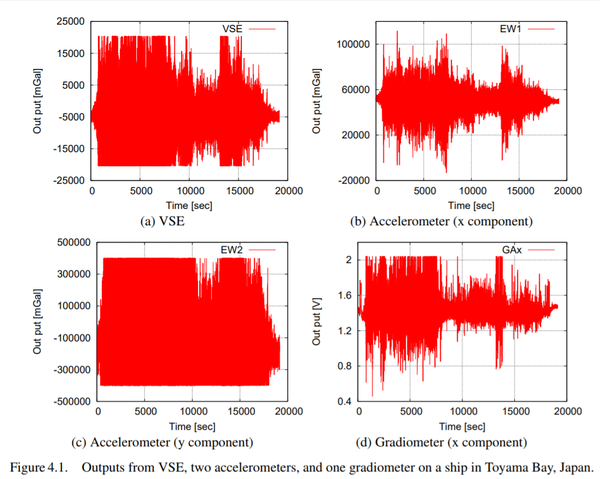 Following the illustration we find the following:

From the above we see that a need to use algorithms and filters to 'find gravity' from noise. The levels of g are not readily apparent, and must be constructed by subtracting from the noise to 'find gravity'. The above passage states that "We can expect to find the variations of gravity consists of components with long period, however the vibration of the carrier with short periods."

The reader may decide whether the process of subtracting vibrations with one characteristic to reveal other vibrations is truly measuring gravity. Why does "gravity" need to be found? 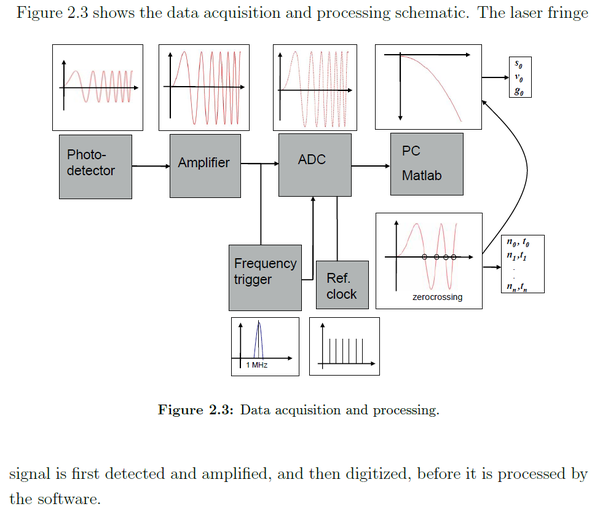 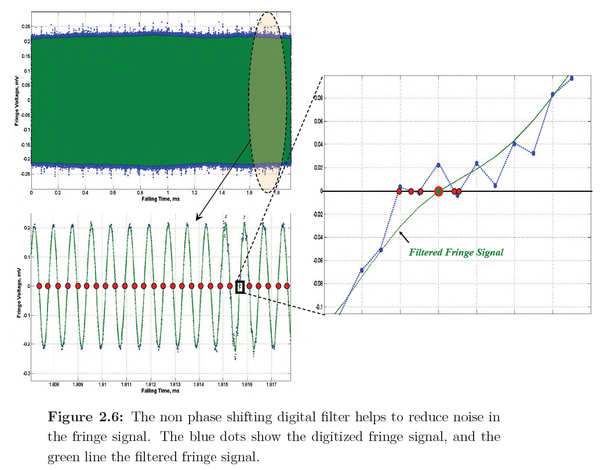 The remainder of the document describes how the filtering occurs. All sources, to the best of the author's ability, are given an "uncertainty budget," to which is subtracted from the noise. The uncertainty budgets are estimated ranges to which a phenomenon may be contributing to the noise. All possible phenomena in nature must be considered and precisely defined. Everything from air drag, electrostatic fields, pressure, seismic vibrations, &c.

Once all of these items and their theoretical uncertainties are subtracted, we are left with "gravity". 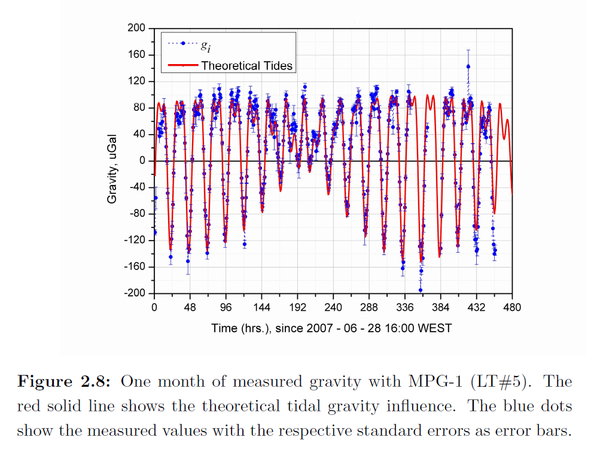 We look at the following paper:

From the introduction the author states that the input is a noisy fringe signal.

“ The advantages of digitizing the entire fringe signal are as follows: the imperfect electronic components are eliminated; the full information on the quality of the fringe signal is available; a noisy fringe signal is digitally filtered at the pre-processing steps; different numerical algorithms to calculate a g value can be interchangeably applied. ”

The g value must be extracted with various methods. It is not direct and apparent:

“ Usually, the fringe signal is digitized at a sampling rate exceeding its maximum frequency. However, a few methods have demonstrated the possibility to extract a g value from the fringe signal sampled far below the Nyquist criterion (table 1). ”

Multiple methods, functions, to "extract" the gravity value from the "noisy fringe signal."

Not an obvious and apparent method; multiple models are involved:

“ This method has been developed by Niebauer et al [18]. The basic idea is to extract the gravity value directly from the undersampled waveform of the fringe signal given by the non-linear model (1). To find the initial estimates of the model parameters, required in the non-linear leastsquares adjustment, it was proposed to iteratively demodulate the digitized waveform. For this the acquired fringe signal is multiplied by a swept sinusoid, denoted as a complex heterodyne function. This method requires prior knowledge of the sweep parameters. A complex heterodyning is used to reduce the bandwidth of the demodulated signal in order to double the signal-to-noise ratio, compared with a singlesideband demodulation [18]. ”

Filtering agreement can be made with other fringe signal processing methods:

These processes are filtering out the noise to find trends. From the conclusion we read:

“ For the first time, a comparison of the three different digital fringe signal processing methods, realized in the same absolute gravimeter, has been completed. The two-sample zerocrossing method, the windowed second-difference method and the method of non-linear least-squares adjustment using the initial parameter estimates, found by the demodulation of the undersampled fringe signal, have been compared in numerical simulations, hardware tests and actual measurements with the MPG-2 absolute gravimeter. Up to now, diversity of the digital fringe signal processing methods in absolute gravimetry was mainly caused by a certain technical restriction: processing of the huge amount of digitized fringe data was limited by the available computing capabilities. Owing to this, several original, though complicated, algorithms have been developed. In contrast, the reported comparison involves the simple and straightforward method to detect all the zero-crossings in a digitized fringe signal. ”

This document was written in 2010. If this is simple "direct measurement of the acceleration" then the reader might ask, why was it was limited by pre-2010 computing capabilities? The answer is that it is not direct at all. It is the many algorithms necessary to interpret the "noisy" fringe signal that need large amounts of computing power. The process is interpretation of a noisy fringe signal.

“ Therefore, a combination of the different methods of fringe signal processing in the same instrument is a useful tool to compose a more complete uncertainty budget. ”

Uncertainty budgets, just as we saw in the earlier paper, are subtracted from the noise in the effort to find gravity.

A. The gravimeter measures fringe noise, not the "level of g". The output is the result of specialized filtering. That, after the final filtering and analysis, there may be trends at the top of a mountain, or in an environment which sits on a large amount of compressed ice, or with different environmental affects, should not be surprising. Gravity itself is not, and cannot, be identified from the above processes.

Here is an example of seismologists telling us that the North Pole is a very noisy environment, and acquiring useful seismology data is an issue:

“ The crucial issue of seismic data acquisition in ice covered waters is to protect the seismic equipment from being damaged by sea ice while simultaneously acquiring useful data in this very noisy environment. ”

Like with gravimeters, numerous levels of filtering and processing is required. 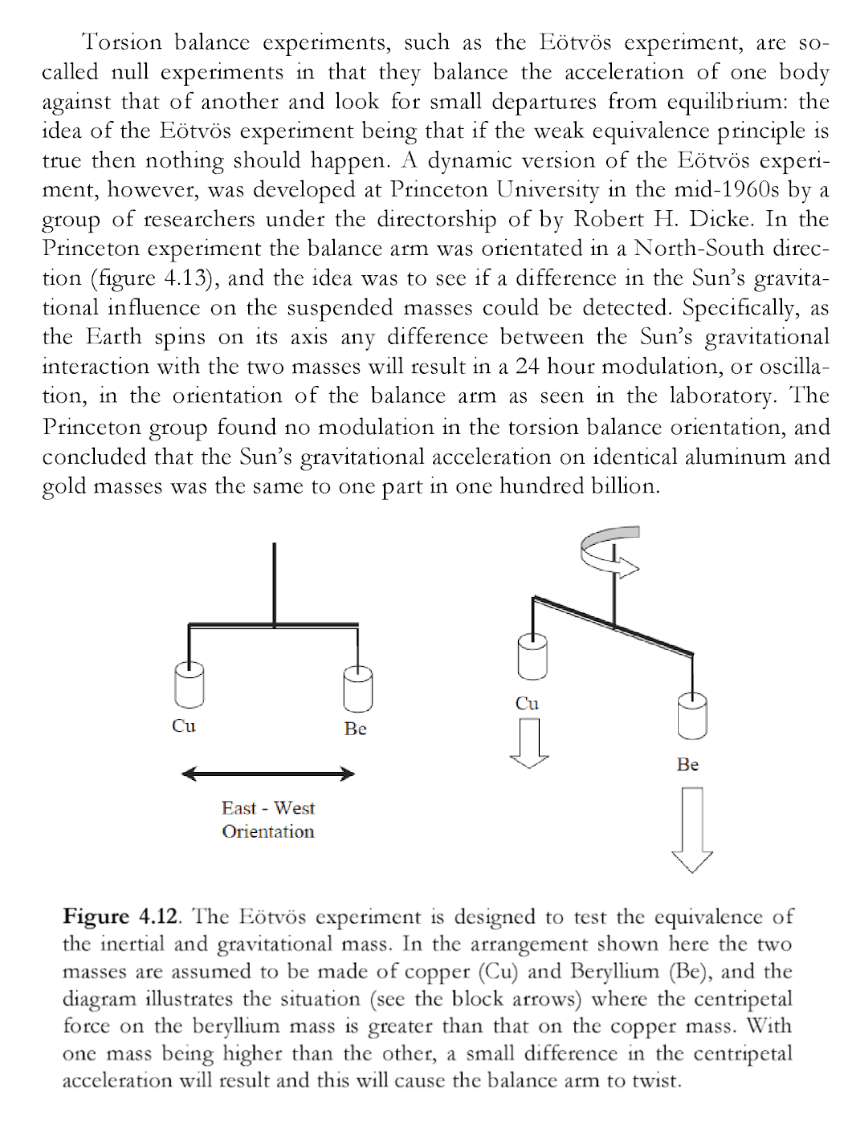