The illumination of the underside of clouds is a popular discussion topic. There are a number of potential causes for this observation which do not invoke a sphericity to the earth.

According to the Universities Space Research Association the clouds can appear to be lit from below as result of a reflection of sunlight off of the surface of the earth. Absorption by atmospheric water vapor and aerosols may render the sun's light much redder. See the following images and quote from usra.edu: 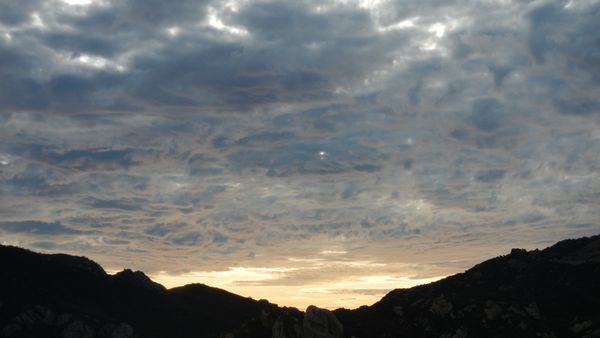 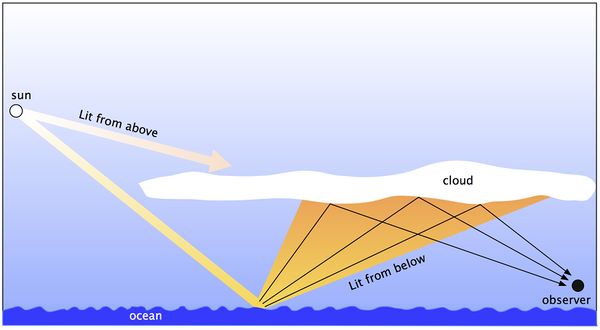 Caption:   “ Most of the time clouds are lit from above. But sometimes sunlight can shine on them from below. The photo at top shows such a case. Looking southwest over the Pacific Ocean (not seen here because it's blocked from view by the mountain range) off southern California, a distinctly orange glow can be seen in the distance and on the underside of the clouds. These mid-level clouds are lit from below because sunlight is being reflected from the ocean. Waves on the ocean reflect the light over a broad range of angles so much of the underside of the clouds takes on an orange hue.

When the clouds are illuminated from above (very top of the picture) their colors are gray and white with little color. But because sunlight reflecting off the ocean passes through so much more atmosphere, absorption by atmospheric water vapor and aerosols renders it much redder. See the Earth Science Picture of the Day for December 6, 2016. ”

According to the theory of the Electromagnetic Accelerator, light is bending upwards over very long distances and can illuminate the underside of clouds during sunrise or sunset. 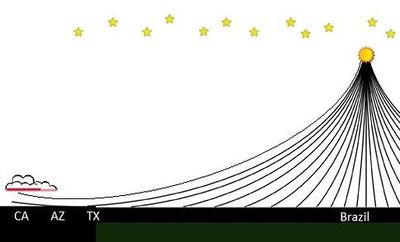