A popular and humorous meme indicating that the Flat Earth Society has 'members all around the globe' was not a real posting by the TFES organization. Indeed, it appears to be a Photoshop. Look at the large font and missing piece of the y in 'Society'. 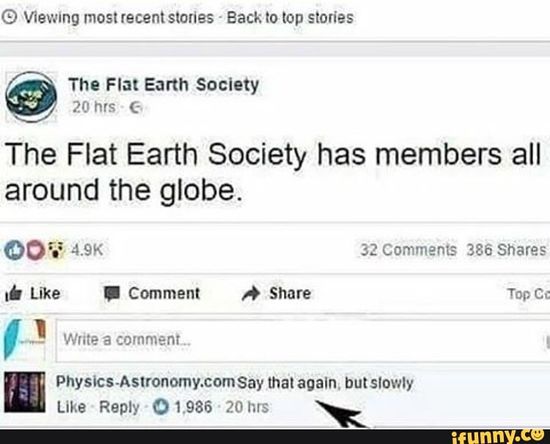 Further, the response 'Say that again, but slowly' appears to be slightly misaligned in the image with the respondent's name, which would probably not occur on a real feed.