From a location near Miramar Beach in California an analysis of the oil platforms was made over different days from the same location and elevation. It was seen that on some days the oil platform was sunken into horizon. On other days it was visible. It was also seen that the alignment of the background oil rig changed in comparison with the foreground oil rig, as well as changes in size.

The author attributes the effect to Atmospheric Magnification, by which the atmosphere is causing different amounts of magnification between the foreground and background, resulting in sinking. Perhaps more important than the mechanics of the mechanism, however, is the inconsistent nature of Aristotile's twenty three hundred year old proof of a Round Earth. 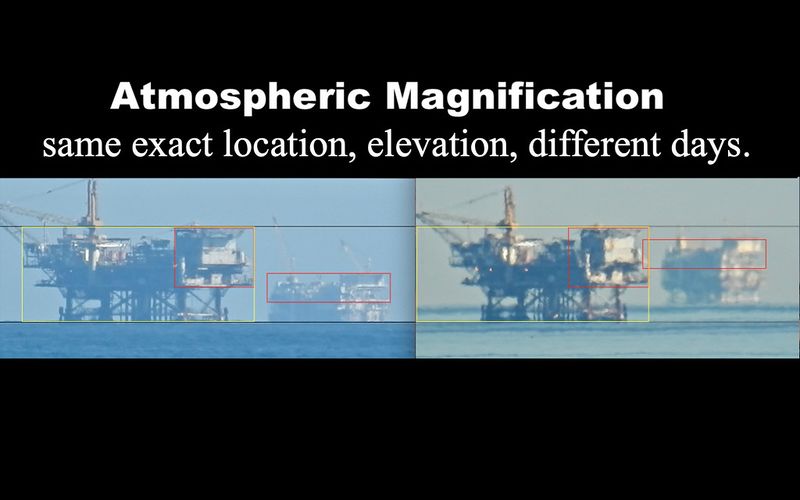