The Water Level Devices are close-range devices that are typically used as evidence that the horizon is not at eye level. These devices are essentially a form of surveying, in which markers in the foreground are attempted to be aligned with something distant in the background.

Professional surveyors admit that the science is always in error.

The greater the distance one is trying to align the devices with, the greater the potential error. All devices need to be of superior calibration, leveling, and positioning. And even then, there is always error. In the Water Level experiments with the Horizon the goal is to align something very near in the foreground with something very distant in the background.

One may see the source of the concern by holding a grain of rice right up next to their eye and imagine trying to align it with an object that is 24 miles away. Your hand's position, stability, and alignment with center needs to be absolutely perfect, else large errors result. In these water level experiments if the alignment of the water is not perfectly level, and that there is a slight imperfection, then a small misalignment in the foreground will create a large result in the background. The below illustration demonstrates the matter.

Essentially, a very small angle misalignment with the line of sight of bodies in the foreground creates a very large error numerous miles away.

It has been found that the water in such devices are subject to surface tension and capillary action effects, and that the levels are not actually level and cannot be directly measured.

From Encyclopedia Britannica we see: 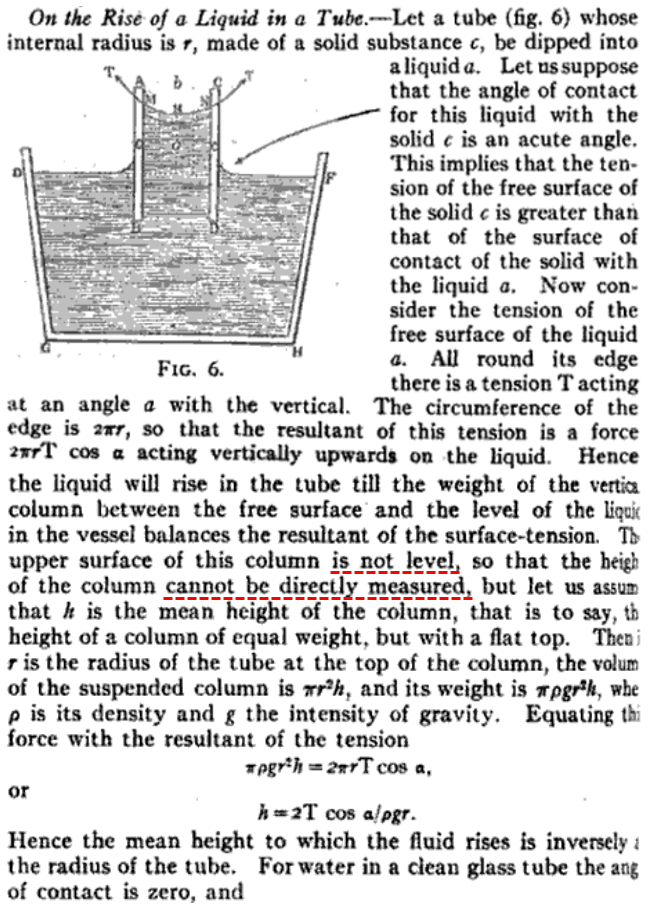 As an example of capillary action and potential inconsistency, we find an example with a device called Pascal's Vase: 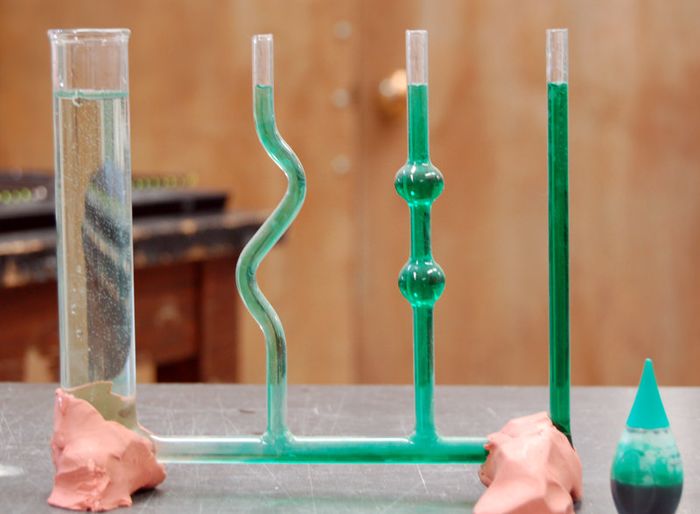 It is seen that it is also possible for foreign substances, such as from alcohol, dye, or impurities in the liquid to cause misalignment, since the weights of those fluids is not consistent with the weight of the water.

From a problem on Chegg Study we find a depiction of unknown liquids floating on water: 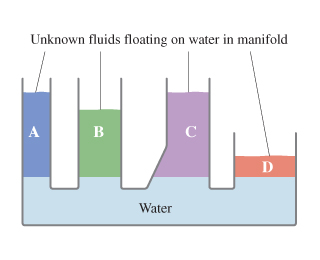 One other concern is that any slight tilt of the containers or tubes is often not accounted for, under the theory that "water will find its level". It is assumed that the liquid will level out. It is seen that surface tension does not necessarily perfectly level out when tubes and containers are tilted. 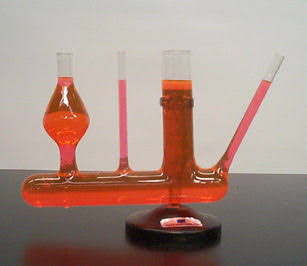 In one water level device the "leveled line" appears to change significantly in relation to the mountain in the background with different sequences, despite the line appearing to be leveled. See images 3 and 4: 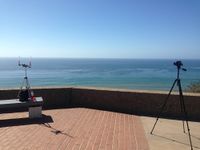 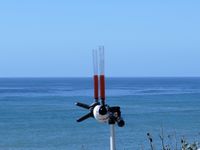 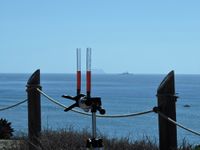 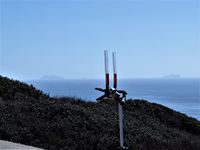 A caged water device was built by a member of our forums, which showed that the alignment of the liquid in the device is susceptible to error. It was seen that the liquid did not align and that water did not find its level.

A water level device was created with a third chamber to act as a control to the two other chambers. It was found that all three chambers could not be lined up and that the device could not be calibrated. Runtime: 5m25s 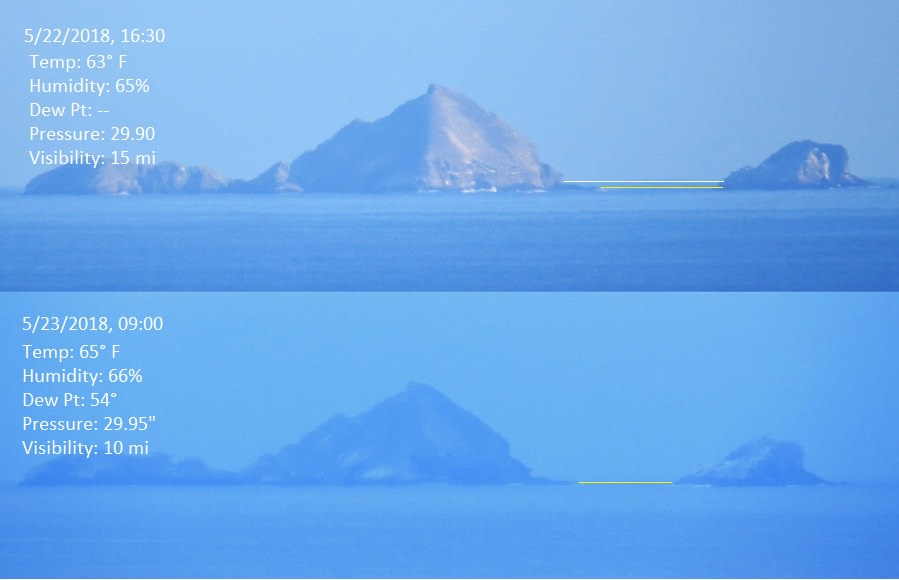