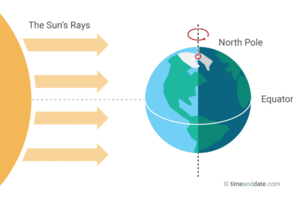 “ Does the equinox sun really rise due east and set due west? 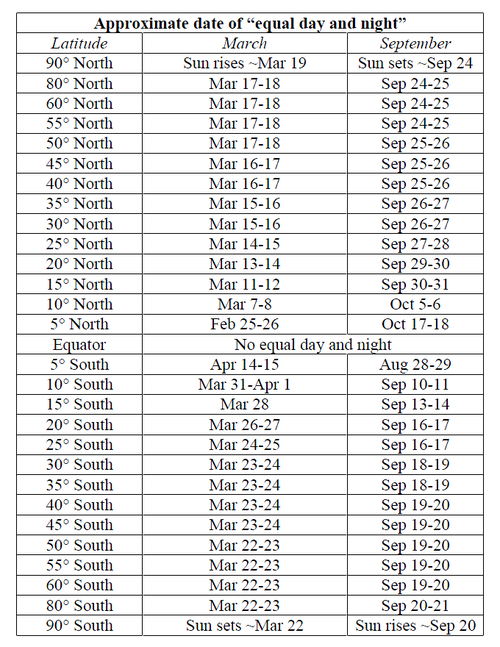 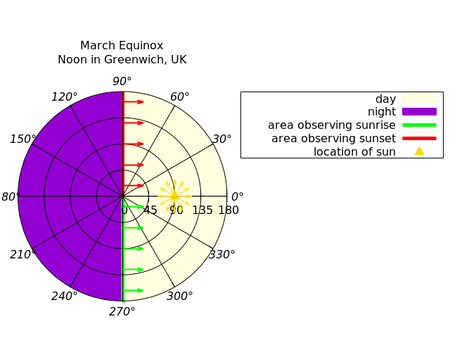 A. The longitude lines were historically determined in relationship to the time of day1. Applying the original interpretation of longitude to a Flat Earth Monopole Model with a curved area of daylight would show that the longitude lines, and time zones, are curved: 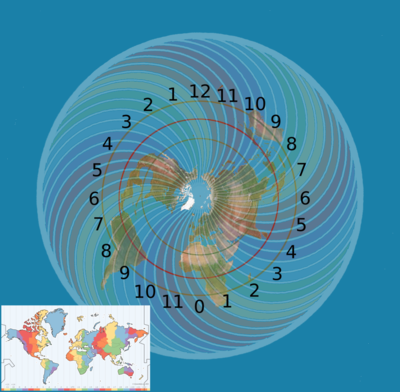 1 See any history on the origin and determination of the Longitude. On the History of longitude Wikipedia article, under the section Time equals longitude, it states "there is a direct relationship between time and longitude. If the navigator knew the time at a fixed reference point when some event occurred at the ship's location, the difference between the reference time and the apparent local time would give the ship's position relative to the fixed location."