A Solar Eclipse occurs when an observer on Earth passes through the shadow cast by the Moon which fully or partially blocks the Sun. This happens when the Sun, Moon and observer are nearly aligned on a straight line when the Moon is close to the ecliptic. In a total solar eclipse, the disk of the Sun is fully obscured by the Moon. In partial and annular eclipses, only part of the Sun is obscured.

Of interest is that on the globe the paths of the Solar Eclipse look rather odd: 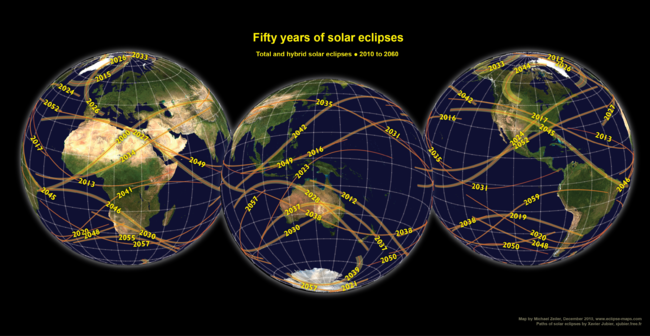 On the Flat Earth map the paths appear to be perfect arcs: 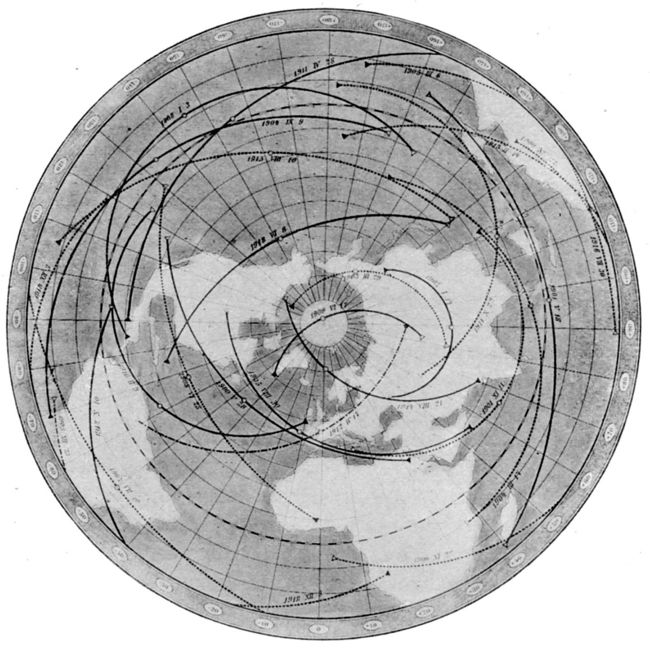 From A Text-Book of Astronomy by George C. Comstock (p.113) (Archive)

“ Fig. 36.—Central eclipses for the first two decades of the twentieth century. Oppolzer.

Future eclipses.—An eclipse map of a different kind is shown in Fig. 36, which represents the shadow paths of [pg. 114] all the central eclipses of the sun, visible during the period 1900-1918 A. D., in those parts of the earth north of the south temperate zone. Each continuous black line shows the path of the shadow in a total eclipse, from its beginning, at sunrise, at the western end of the line to its end, sunset, at the eastern end, the little circle near the middle of the line showing the place at which the eclipse was total at noon. The broken lines represent similar data for the annular eclipses. This map is one of a series prepared by the Austrian astronomer, Oppolzer, showing the path of every such eclipse from the year 1200 B. C. [pg. 115] to 2160 A. D., a period of more than three thousand years. ” 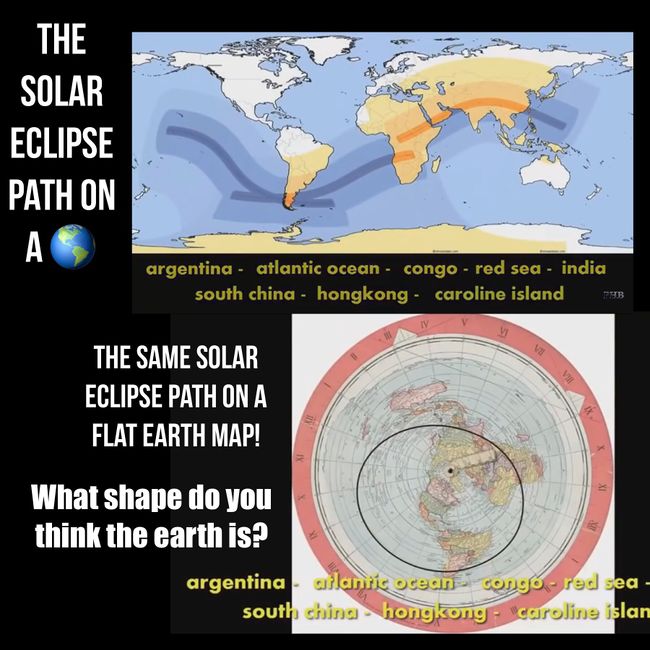