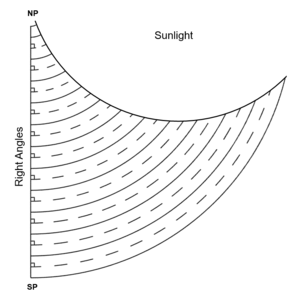 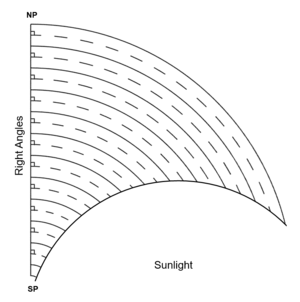 Figs 1 & 2: Beginnings of both Spring and Autumnal Equinoxes. Edges of sunlight area tracing along concentric 'solar' latitude lines, intersecting observers at close to a right angle on contact