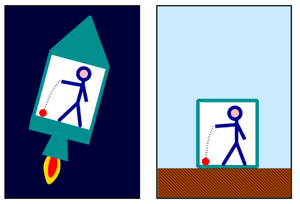 The phenomenon we observe everyday when falling is currently substantiated in modern physics by what is called the Equivalence Principle.